I have arrived WAY Down Under.  The only land mass further south is Antarctica!  For the next posts I will be telling you about my time spent exploring and house and pet-sitting on the North Island – but first a bit of New Zealand history.

New Zealand’s two islands comprise 271,000 square miles and per the last census, there were 4.6 million people living here.  That’s just 15 people per mile – and since a whole lot of the land is comprised of very high mountains and massive farms filled with sheep and cows (many more of those than people) you get the feeling of completely wide open spaces.

The majority of New Zealand’s population (1/3) live in and surrounding the North Island city of Auckland, the industrial and business hub.  Coming in 2nd and 3rd are the cities of Christchurch and Wellington (the country’s capital).

New Zealand is a very young country.  It was discovered and inhabited first by an adventurous group of Polynesians 700 years ago.  These are the people who developed over the years into the Mãori culture.  The first European explorer to bump into New Zealand was Dutchman Able Tasman in 1642.  Sir James Cook first reached New Zealand in 1769 and was the first to circumvent and map the country. Soon all types of explorers, sailors and missionaries were arriving on its shores.  in 1840 the Treaty of Waitangi was signed between the Mãori chiefs and representatives of the British Crown making New Zealand part of the British Empire.

I could go on for hours about the fierce Mãroi warriors, their tattoos which they still proudly wear, and the battles between tribes.  Certain tribes were definitely cannibalistic in their eating habits and delighted in capturing and feasting on the pãkehã (white man).  I actually met a woman who had married a Mãori many years ago.  Her mother-in-law is now 100 and had described to her how especially delicious fingers and hands were to nibble on when she was a little girl!  No, this wasn’t a recent occurrence, but I might worry if she was my mother-in-law!  What I do highly recommend is watching The Whale Rider.  A beautiful movie made about the Mãori today trying to hold fast to their customs and traditions in an every-changing, modern world. 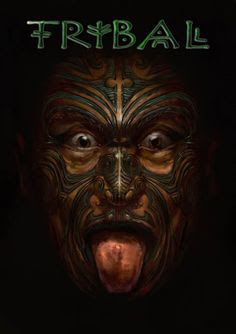 The Mãori, when signing the Waitangi Treaty,  were treated with great esteem and were given rights to much of the land, shoreline and fishing rights.  Today they still practice and revere their cultural heritage.  Each tribe has it’s own meeting place (wharenui) where celebrations and tribal business is conducted. One-in-seven inhabitants of New Zealand are of Mãori descent. The majority of towns, lakes, and mountains have Mãori names. But even today there are difference and difficulties – right now it’s fishing rights that are being disputed and portions of the Waitangi Treaty are trying to be overturned.

Of course, the British had, and still, have a huge influence on the development of the country. There is a huge Scottish influence on the South Island and the polyglot mixture of French, Dutch, Chinese, Croatian, Indian and even American who came here as whalers, explorers, gold seekers (New Zealand had a HUGE gold rush in the mid-to-late 1800’s) stayed and were absorbed into this new country.
It’s the women who stand out.  Think about coming here on a ship in the early
1800’s.  You’ve left your comfortable home in England, arrive in a land with almost nothing and a half-naked Mãori warriors are waiting to greet you !  You had better be damn tough and strong.  How strong and tough? New Zealand passed woman’s suffrage in 1893 and first woman mayor of a large town was elected that same year. They pushed for the first old-age pension in the 1880’s which  is still going strong.
Like I said, I could go on forever with the history of this beautiful country forever but let’s move on to beautiful, scenic, magnificent, jaw-dropping!  The landscape, the views of towering mountains, the flowers, the green grass, the huge harbors, flowing rivers, waterfalls, ALL bordered by two massive bodies of deep blue water, the South Pacific Ocean, and the Tasman Sea.  Fact:  The furthermost inland  you can be between the two oceans is a point on the South Island which is 74 miles from coast to the other.
So I will leave you with a few images of this wonderful country with lots more to come….. 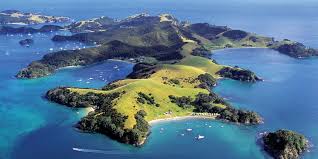 One Reply to “NEW ZELAND! The Land of Two Islands”