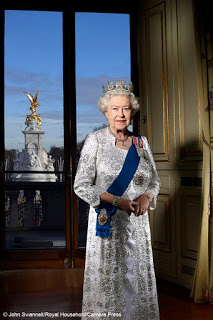 Thought I would start Part II of my London odyssey with a photo of ‘da Queen’ – as we Chicagoan’s would say.  She is so very British and did you know that if she lives until September 9th (and there is no reason she won’t) she will be the longest reigning British monarch, ever, eclipsing that old royal standard bearer, Queen Victoria.
The last time we were together, I had just finished my 3rd full day in London, with 2 days to go.  So lets get started with….
Day 4 –  The sun was shining!  I hopped on the River Bus and was greeted with great photo ops of The Eye and Big Ben and Westminster as I got off at The Embankment stop on the Thames.
Today I had signed up for a Sandeman’s New Europe Free Tour of London.  This company offers 2 1/2 – 3-hour free walking tours of 18 of the major European cities.  Their guides are outstanding and normally are local residents who love their city.  But guess who I got for London?  John from Mankato, MN!!!  John has a degree in Communications from St. Cloud University and moved to the UK 3 years ago when he kept getting laid off from jobs in the States.  He fell in love with England, and because he holds a dual Irish passport, he has no plans to leave. 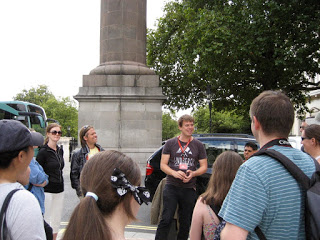 He was one of the best tour guides I’ve had!  He really ‘knew his stuff’ and the extras he threw in about the history and local politics made the tour even more interesting.

We met at Covent Gardens,  where I could have stayed, wandered and shopped for hours.  Covent Gardens is located in the Borough of Westminster.  London city proper is really just a tiny part of what we think of as London. Westminster is one of it’s largest boroughs and contains some of the most interesting sites.

Our tour started on cobblestone streets and down tiny mews to points of interest throughout this history-laden part of London. Here are photos of just a few of the wonderful places I saw while on this tour…

Phew!  Are you exhausted?  I know I was.  The sheer amount of interesting tidbits that John shared with us during the tour was amazing – plus the actual amount of ground we walked.  When he suggested we all adjourn to a pub for lunch and a pint, I think all but 3 of the tour members cheered loudly and said 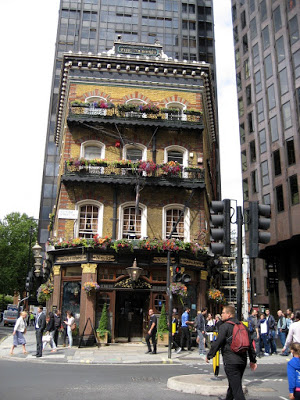 And of course, pubs in England are just so damn old – and quaint!  They sit right between huge, new, modern skyscrapers, with baskets full of blooming geraniums in their window boxes offering a nice lunch along with a choice of 100’s of beers!  I enjoyed talking over lunch with tour members from Italy, Germany, Australia and the U.S.  By the time lunch concluded and I strolled around Parliament and in and out of the nearby park, it was time to head back ‘home’ for wine and dinner.

Day 5  –  I had pretty much decided that this would be a non-museum, ancient history day.  It was also a day I needed to do some laundry and get packed before my early-morning departure tomorrow, so where to go?  Why not spend the morning exploring the funky, weird and totally wonderful Camden Market?  And I think you will agree, seeing the photos, that it was totally weird – and wonderful! 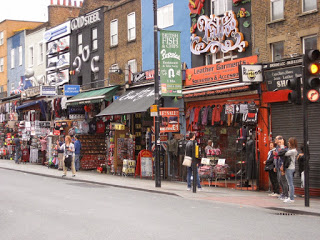 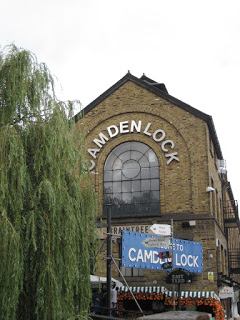 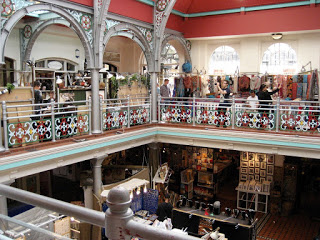 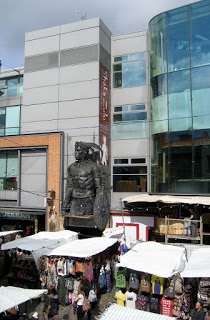 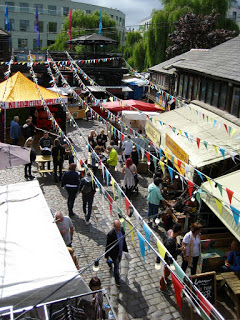 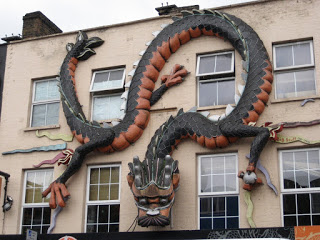 This is a store front! The other is a shoe store – with a scorpion on the front!  Weird – and wonderful!   They also have a fabulous outdoor area that is filled with over 50 food tents from every part of the world.  I got to sample 7-8 choices before choosing yummy pork sticky buns with kimchee and salad from Korea for my lunch. 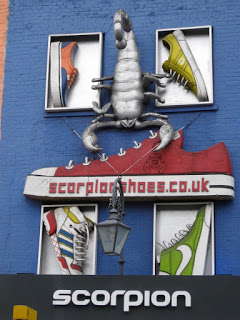 My last night at my AirBnB David made chicken pot pie with a beautiful flaky crust top – with my name in pastry.  Unfortunately my camera completely gave-up-the-ghost and died on me when I took a photo of this delicious meal!

Day 6 – Early a.m. and off to Stanstead Airport to catch my flight to Edinburgh and my new housesit.  If someone tells you Stanstead is a ‘London’ airport, they’re lying!  It’s even further out than Luton! Took a Light Rail, Tube and shuttle bus (40 minute ride) to get there.

Oh, before I left town, The Windsor’s stopped by to say goodbye – which was really quite lovely.  I had a great time and didn’t begin to see everything I planned to see. But there will always be ‘a next time.’