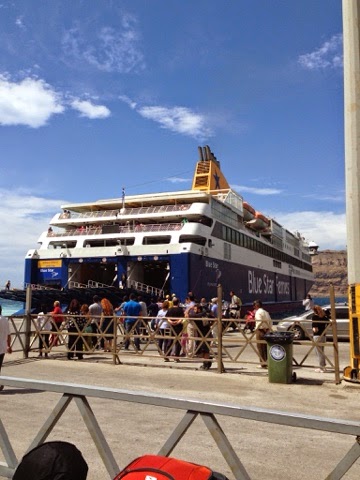 From Athens I took the dreaded metro at 6 a.m. to catch the Blue Star Ferry from Piraeus to Santorini. It’s a 9 hours ride and I must admit, though dreading it, it was really lovely!  The boat/ship is very up-to-date and has all the amenities you could want.  I took over a lovely, big couch, pulled out my Cubs blanket and blow-up pillow and went to sleep for a few hours.  Upon awaking, I ate my lunch (which I had purchased on shore after hearing how high the food prices were on the boat) and played on my computer and read for the next 6-7 hours, arriving on Santorini at 3:30 p.m.
Though my promised ride from the port to the hotel did not show up and I had to take a cab, the Rodakas Hotel manager, George, was terribly apologetic and upgraded my room for free! A very nice bonus.
The hotel was located in Akrotiri – the far south-end of the island of Santorini.  The room and the pool area were, as you can see, very nice. 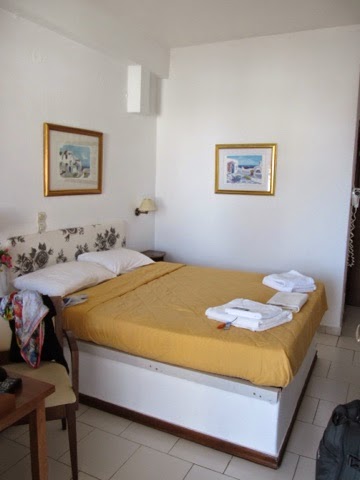 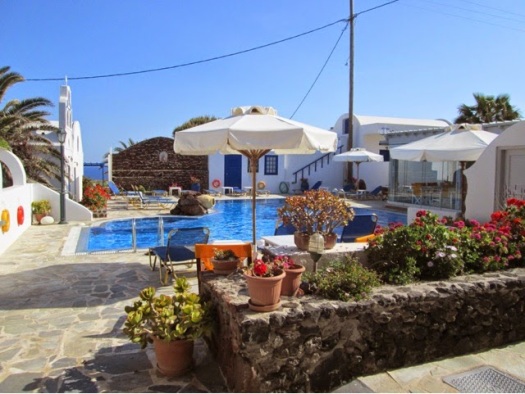 Santorini is the Greek island that Shirley Valentine ran away to.  For those who don’t know my friend Shirley, ignore all references or rent the movie on Nexflix – best ‘chic flix’ ever!  I am sorry to say I didn’t meet a Costas, but I did meet Mark & Steve at check-in, a great couple from Seattle, who I hung out with for a couple of days.  Not quite the results I was looking for – but lots of fun just the same.

Santorini is known for their picturesque blue-domed roofs (the churches) and there are many dotting the landscape wherever you go. 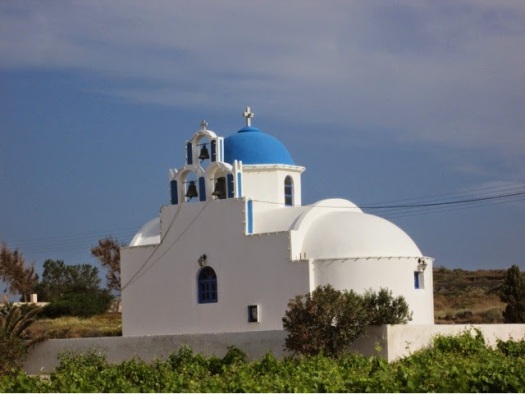 The largest village on the island is Fira.  This is where the cruise ships unload their hoards and where the young folks all go to party and dance until the wee hours.  The narrow streets are lined with expensive shops with handsome Greek men standing in the doorway inviting you to come in and spend your $$. The view from the top (Gold Street) is spectacular. 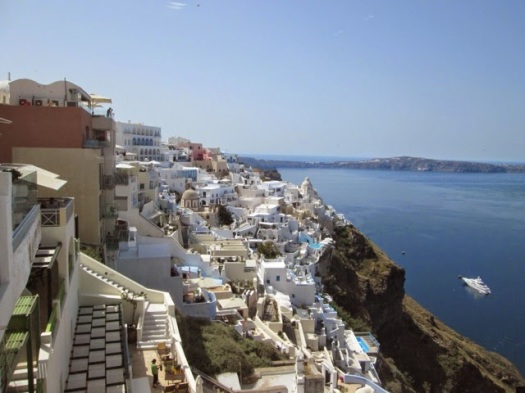 The much smaller village of Akrotiri where I stayed has several really nice restaurants that were in walking distance of the hotel.  It is also is where the Prehistoric Ruins of a pre-Minoan culture, what the majority of archaeologists consider the lost city of Atlantis, are located.  The ‘dig’ is huge and so interesting.They have only dug down 2 levels at the most and believe their are 4.  The city was lost to earthquakes and mud slides but show a very advance society living there 10,000+ years before Christ. 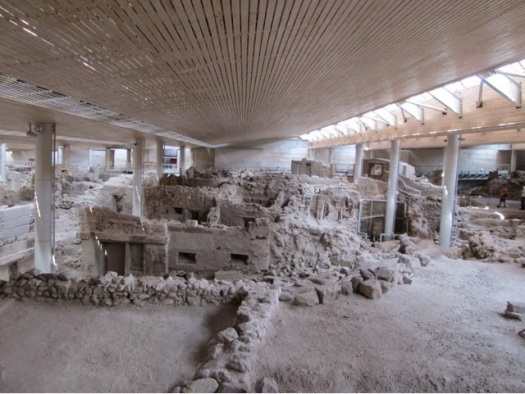 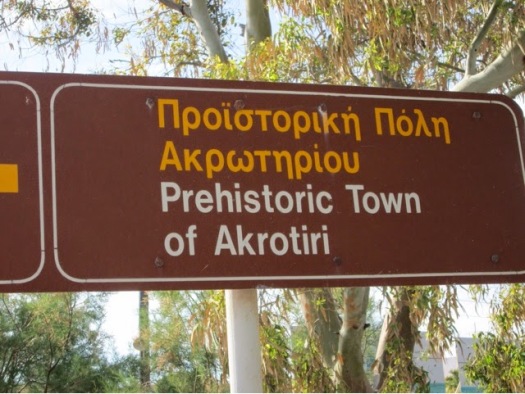 Walkable also was the beaches of Black (big black stones, no sand  – Ouch!) White Beach (missed that one) and Red Beach – the most popular one on the island – but a what a climb up and over just to get there!  I loved this little guy playing the violin at the the top of the climb before the decent to the beach. 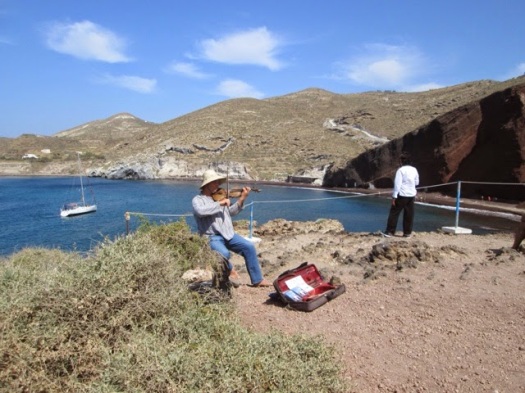 And of course, Santorini is known world-wide for it ‘s sunsets and that is how I will bid you adieu until next time…….when I head to the island of Naxos for 4 days. 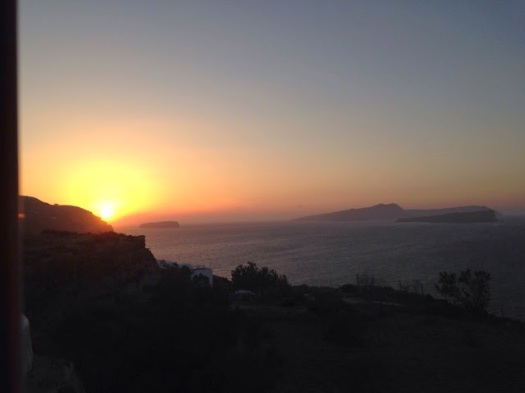 One Reply to “SANTORINI – The land of Shirley Valentine”