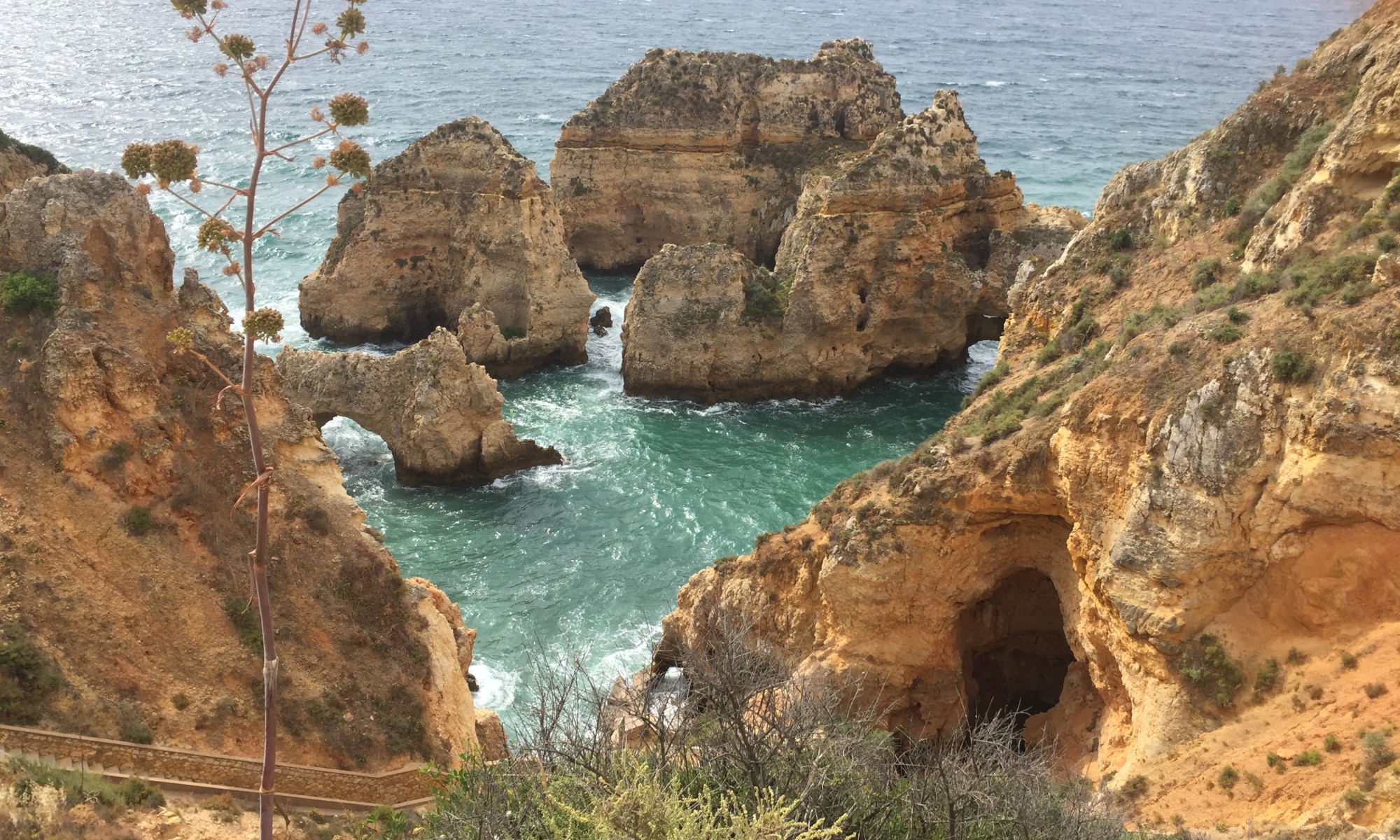 When we depart on June 20th, Joyce to Atlanta and me to San Miguel de Allende, MX, we will have been in Portugal for 96 days.

We were to have been here for two weeks, one in Ferragudo and one in Lisbon, before flying home on March 31st. But then the virus overwhelmed Europe, flights were canceled, borders were closed, and here we stayed.

As you know from previous posts, this has been a perfect place to be locked down. There have been no reported cases of COVID-19 in Ferragudo and only a few in Portimao. We have felt safe here as the Portuguese took immediate action and self-quarantined the population, shut down all the businesses and made mask wearing mandatory if you stepped outside your door. It worked very well, and, for the past two weeks, the country has slowly begun to reopen.

This has given us the opportunity to go a bit further afield with the help of my friend Raquel, who generously volunteered herself as our tour guide and driver.

Since Joyce had never been anywhere in this part of the Portugal, it’s been her opportunity to see more of the beautiful sites that abound in The Algarve.

Our hosts/landlords, Maria Jòao and Jorge have also hosted us for several interesting and typical Portuguese dinners and picnics. Here are just a few photos of some of the places we’ve been and food we’ve eaten! (Don’t forget you can enlarge any photo to full-size by clicking on it.)

And, there was always something new to see and someone new to meet just wandering around Ferragudo – a good break from the constant new recipe hunting, cooking and eating we seem to have developed a passion for during the last 96 days!

I even got to meet the local ambulance drivers and several of the doctors at the Portimao hospital when I took a tumble into the middle of the street returning from garbage-dumping duty. Nothing broken, just scrapes and bruises, thank goodness. But, the locals came running out of their stores and restaurants and swarmed around me wanting to make sure I was ok, and they called the ambulance. Beware of those dreaded cobblestones everywhere you go!

I even celebrated another birthday with Joyce. Last year we were in Paris for that auspicious day – this time on our back patio in Ferragudo as the clock ticked over another year.

Getting out of here has not been easy – and we are still walking around with our fingers and toes crossed that the flights we have booked will actually fly. We both had either the first or last legs of our flights and even the entire flight canceled without warning in the last two weeks. Hours on hold waiting to talk to an airline customer service agent became a daily ‘thing’. But we think we’ve finally got things set.

Our plan is to train to Lisbon on the 15th and spend the four nights we had booked and paid for back in March in an adorable FeelingLisbonApartment located in Centro.

From there we both fly to Amsterdam on the 19th where we must overnight before catching our separate flights homeward on the 20th . Joyce has a direct flight to Atlanta. I fly to Dallas, overnight again before catching two flights (Dallas-Houston, Houston-Leon) that will finally get me to San Miguel de Allende on the 21st. Whew!

We both have packed a huge supply of disposable masks, face shields, hand sanitizer, disinfectant wipes and gloves to keep us as safe as possible on our flights and strolls through numerous airports.

This will be my last blog post for awhile. I will be staying in my good friend’s home in Col. San Antonio where I will self-quarantine before going condo/house/apartment hunting to find ‘my perfect new home.’

Right now, my plan is to settle down – at least for a little bit. I’ve been invited to Medellin, Columbia to visit Cathy and Joyce #2, and, since I’ve never traveled to South America, I can see this being first on my new travel bucket list. Then my friend Anita wants me to join her and travel to Vietnam and Laos…and Egypt and Morocco. And of course, I won’t be going anywhere unless Joyce is along with – as she has stated in no uncertain terms. It seems I’ve turned her into a vagabond as well!

My life is still a new adventure just waiting to happen. I thank each of you so much for reading my blog. It’s fun having you travel along with me and I’ve enjoyed reading your encouraging comments. I hope you’ll continue to do so when I once again take off to explore another part of this big, wonderful world!